Users that upgraded to Mac OSX 10.8 or who recently got a new Mac will probably get a nasty message that won’t let them run FrostWire.

If you see that dialog on your Mac, it’s an EVIL LIE. The App is not “damaged”, we’re not sure why Apple would lie in such a way to users instead of just letting them know that this app didn’t come from their “App Store”.

To solve the issue, on your mac, go to:

and tell your Mac to open apps downloaded from everywhere, like you’ve been doing for the last… well since Macs were macs. 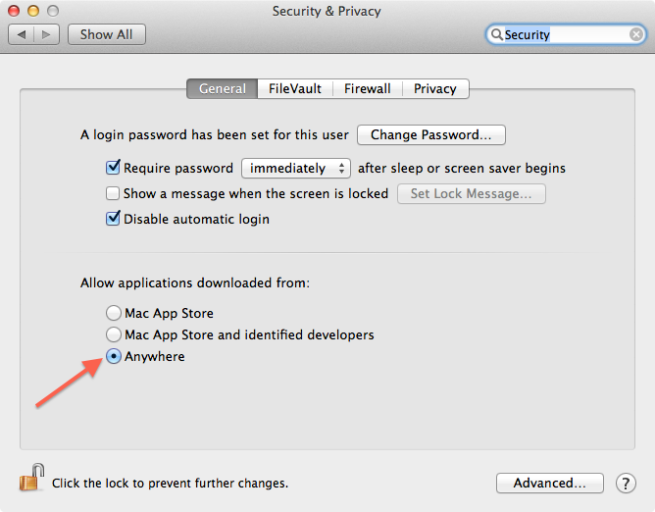 Let’s hope Apple won’t start forcing every app out there to be inside their App Store and then impose draconian rules to enter the App Store, this will be the beginning of the end of Mac OSX if it happens, please let users run the software they’ve downloaded on their computers.

7 thoughts on “Mac OSX 10.8.1: FrostWire is “damaged”??? Not at all, just allow applications downloaded from everywhere.”